Change doesn’t always happen quickly but the events that inspire change often happen in the space of minutes hours or days. For the most dangerous suburb in Medellin this event occurred on the 13th of October 2002 when 1000 police carried out Operation Orión. The operation was designed to end the reign of Guerrilla groups who had murdered youth, designed borders, kidnapped officials, killed police officers and displaced families.

The siege led to the death of 3 children, 6 others, and the solidarity of the community as they marched through the suburb holding white flags to end the siege. It also led to and emphasis on personal safety through the disbandment of the multiple armed illegal groups. For the community it was the end of car bombs, corpse bombs, express kidnappings, bordercontrols and stray bullets. The end of a long history of a big mess.

Since then problems have still occurred, however the community has remained strong and stable with government intervention going from police operations to investment in infrastructure including the much advertised outdoor escalators.

Street art and Hip-hop have created counter-cultures that have helped residents and brought in tourism. 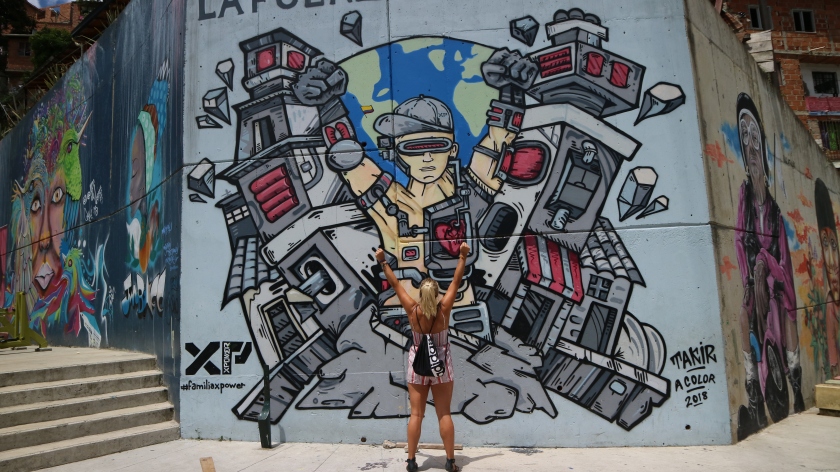 Graffiti, colourful houses and tourists with cameras now lines the neighbourhood making it one of the main (and safest) places to go in Medellin. Hip-hoppers frequent cafe’s and street corners to put on free shows and share their craft with anyone who is interested. 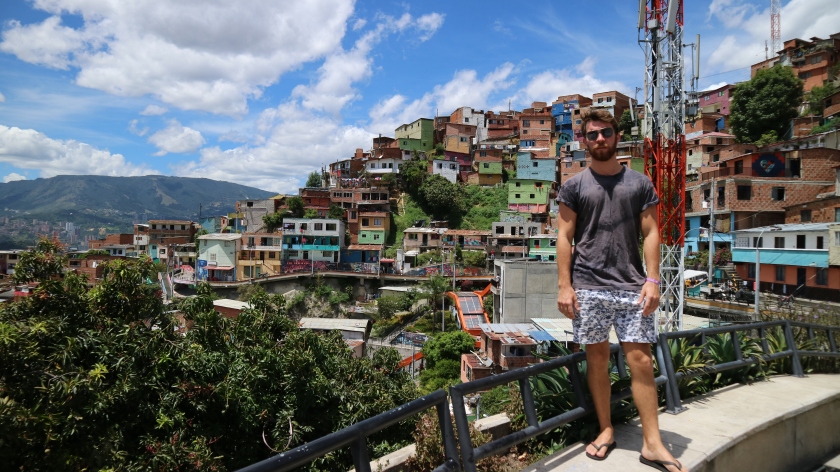 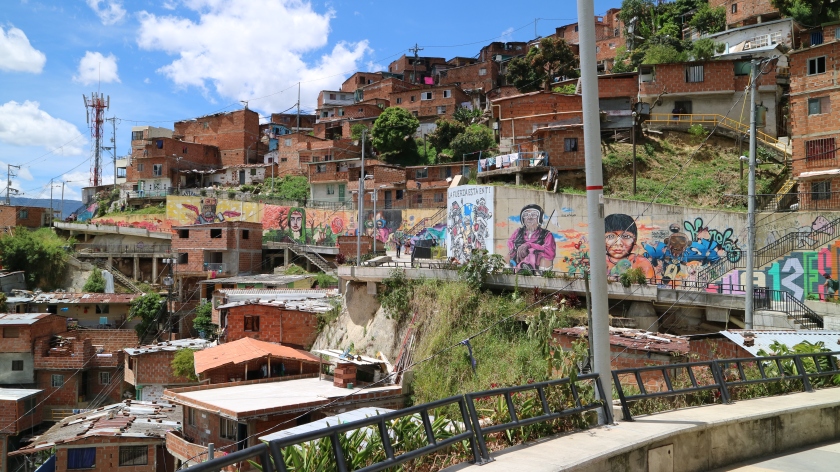 The graffiti is without a doubt the best we have seen through our 2 1/2 months of travelling. The displays mostly focus on eyes and faces which emphasise the humanity of the region. 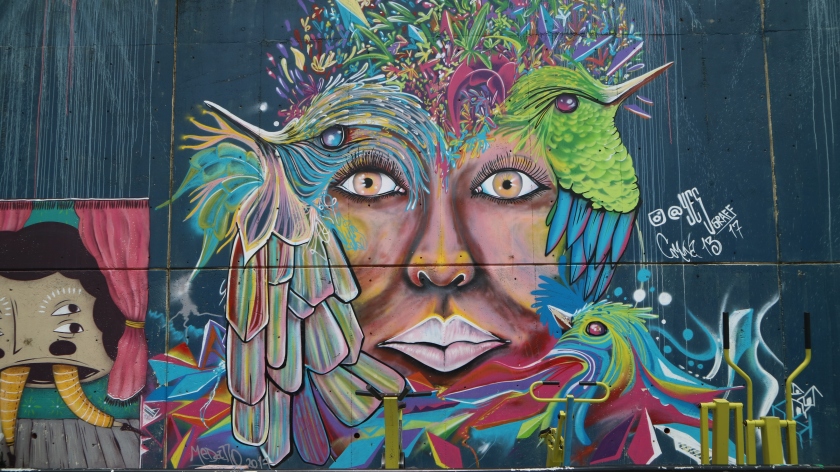 Amazing photo opts exist for anyone that is interested. 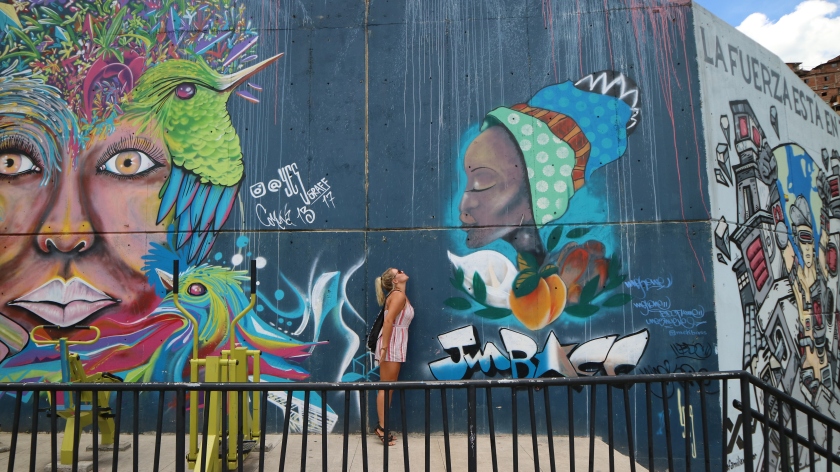 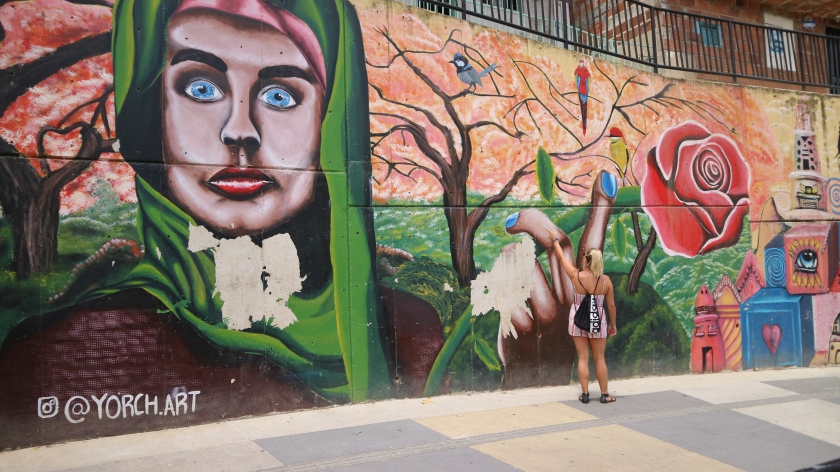 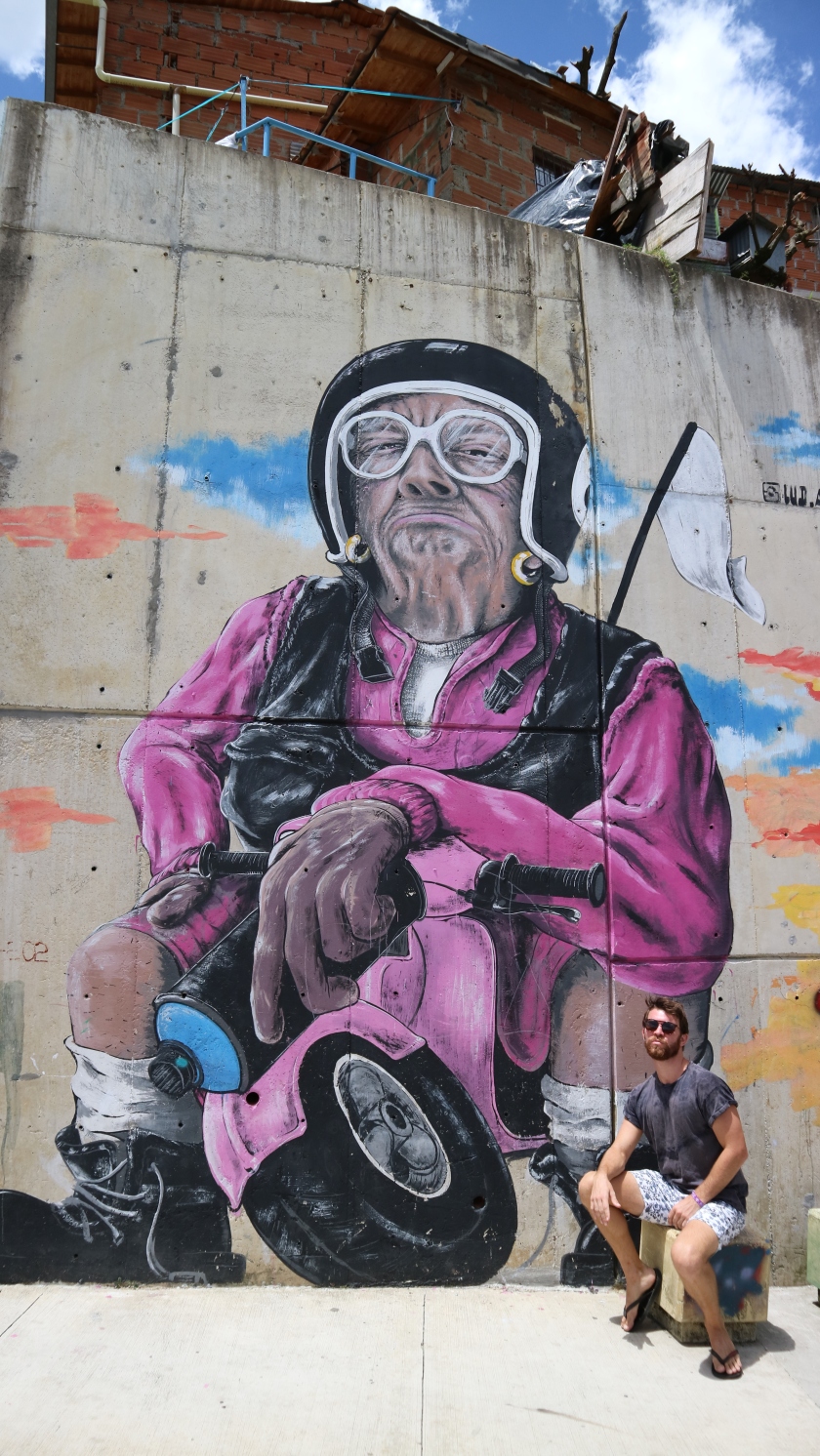 There are even tiny little doors.

And amazing views of Medellin from above. 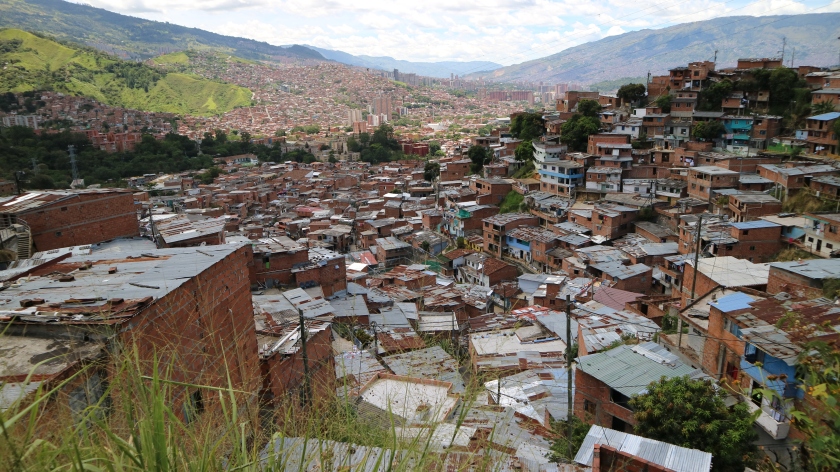 If you make it to Medellin you will probably end up in Comuna 13, take some time to appreciate the difficulty in achieving what this little suburb has in such a short amount of time. 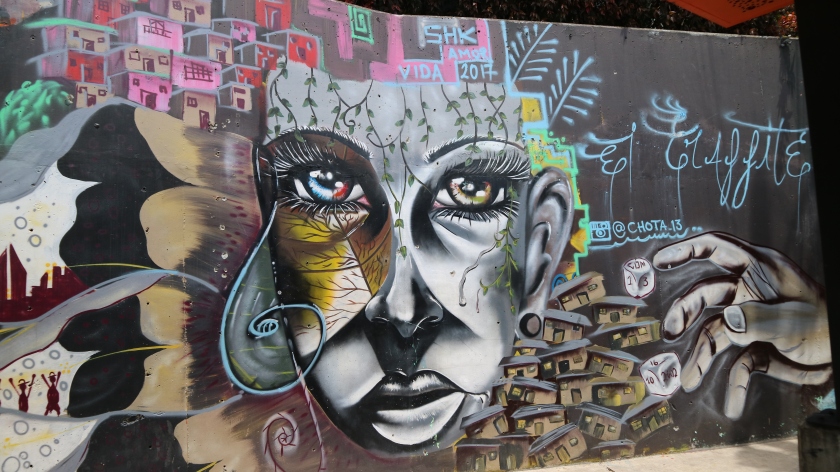 Who is anybody really?
No we aren’t here to solve the big questions.

Together we are Teddy & Charlie, one Australian and one Swede, who fell in love in the Australian desert about 6 years ago. Since then we have spent lots of time in Sweden (It’s cold), Australia and a couple of places in Between.

Now we have quit our jobs, said good bye to our families & friends, bought at least 1 good backpack & set off to Central & South America with at least some idea of a plan

Tagalong if you want!