Now back from Tayrona national park. Tayrona has a bunch to offer, after being ushered from the bus into the usual tourist trap of a seminar where we were offered accommodation for 50,000 Peso’s. 50,000 ‘peso’s!!’ We were told to expect to pay 15,000 a night for a tent. We politely declined only to later find out that most accomodation is either 60,000-70,000. AAAANYWAY

If you find yourself in this part of the world then make like us and do it. The walking isn’t too difficult and although there are about 30 beaches you can’t swim in, once you take a look at the rip’s in the water you won’t want to swim there anyway. The swimmable beaches are well worth the wait and incredibly refreshing.

Our first night was spent in a little beach side camping area just past Arecife’s, tents come with a handful of marijuana, that you can choose to do as you wish with. 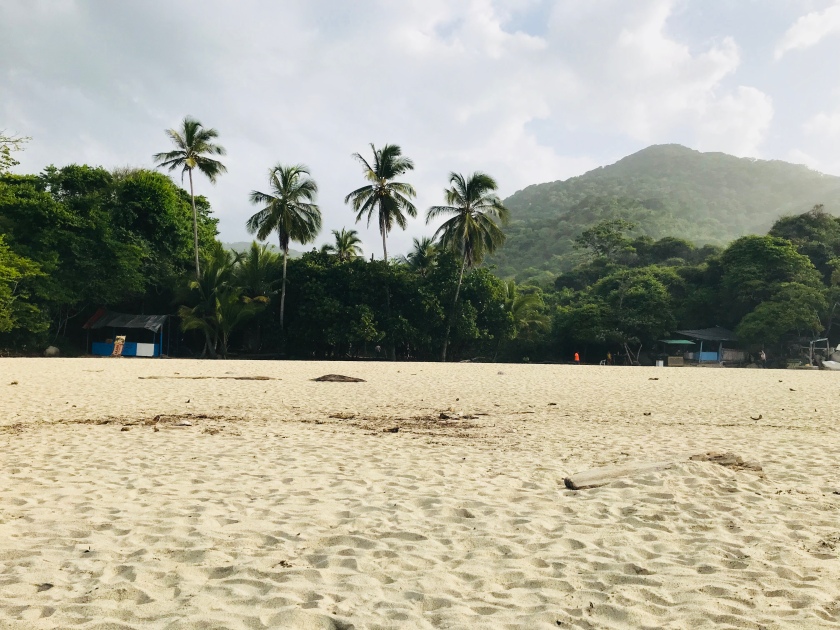 The cooking area is a blast to try out. We realised how completely unprepared we were for cooking. Not only did we buy canned food that needed an opener, we also had no plates, cutlery or cooking utensils. Luckily we asked and begged our way into some surprisingly delicious rice, tuna and corn. Side note: If you’re going camping, rice is less than ideal to use, swap it out with pasta and save yourself the pot scraping. 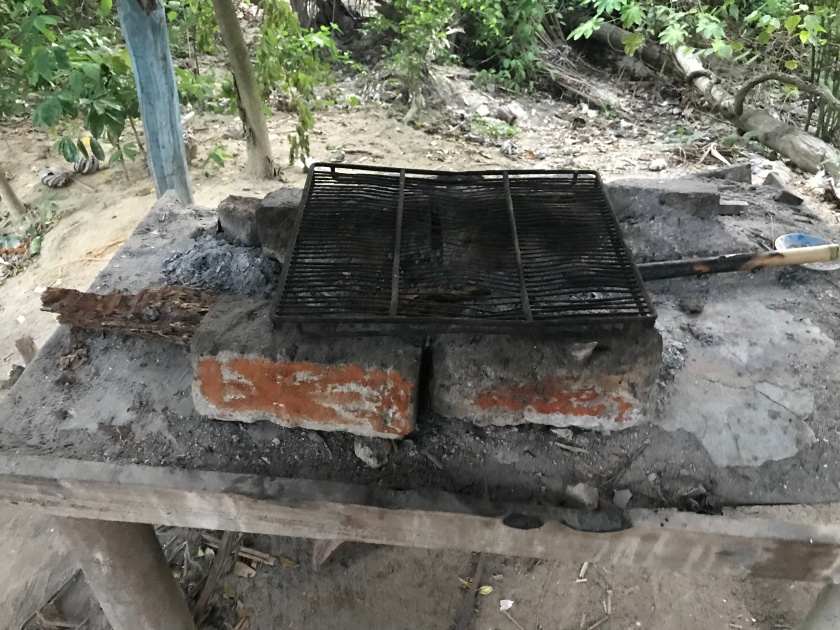 Day 2 took as far as we could walk. This involved navigating the etiquette of a nude beach and swapping from shoes to bare feet over and over again (Thongs are fine for most walking here).

As a result of our poor budgeting on the last night we found out we only had enough left over for 2 (Absolutely delicious) chocolate breads and some coffee. This of course meant we had to cancel our morning hike plans. This also meant no return shuttle to the park entrance. Which of course meant an extra 1 hour of walking to leave the park. Hot and sweaty we got straight onto a bus into Santa Marta to pick our bags up and straight onto a little shuttle (Really little) to take us to Casa Loma in a little town south of Santa Marta called Minca. Still unshowered and only just recovering from our hanger we were met with a 20 minute stair case to a place in the mountains over looking the city.

Who is anybody really?
No we aren’t here to solve the big questions.

Together we are Teddy & Charlie, one Australian and one Swede, who fell in love in the Australian desert about 6 years ago. Since then we have spent lots of time in Sweden (It’s cold), Australia and a couple of places in Between.

Now we have quit our jobs, said good bye to our families & friends, bought at least 1 good backpack & set off to Central & South America with at least some idea of a plan

Tagalong if you want!